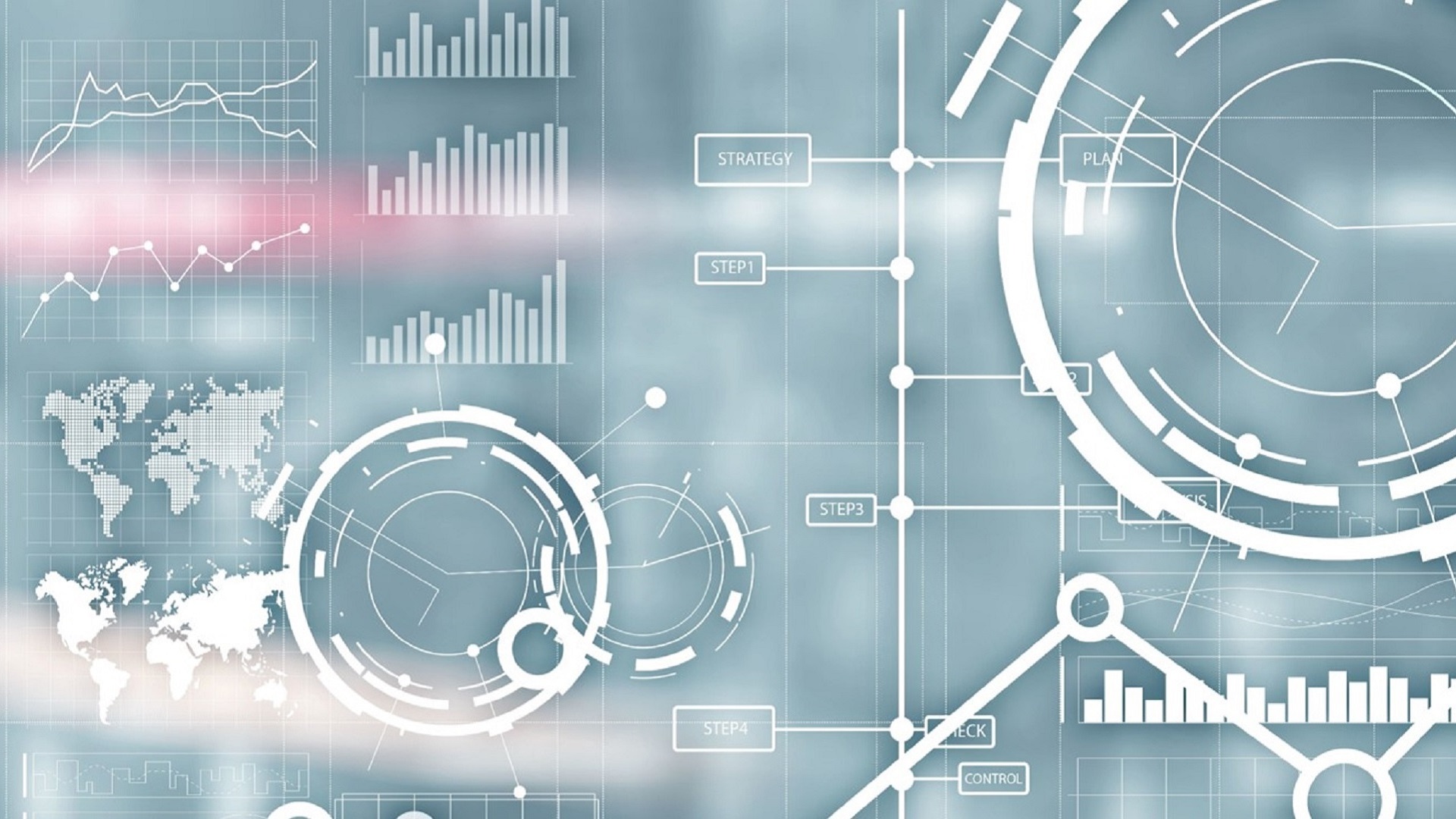 #PHASE 2: Engineering and integrated data analysis for the protection of citizens against Sars-Covid-2

INTEGRATION, SPEED, DATA ANALYSIS, FORECASTING and PROTECTION: these are the keywords underlying the Eng-DE4Bios biosurveillance system developed by Engineering for the Veneto Region and Azienda Zero, which helped the regional task force to promptly and effectively implement its strategy, thereby transforming it into a worldwide best practice.

By combining the Group’s extraordinary expertise in healthcare processes and systems with its cutting edge technological skills and solutions, in the early days of the full-blown epidemic Engineering rapidly developed an extremely flexible biosurveillance system based on its Digital Enabler platform, which, in collaboration with the Veneto Region and Azienda Zero, rapidly increased the coverage of the various problems posed by the SARS-COV-2 pandemic on a daily basis, thus rendering it strategic useful for managing the crisis.

Lorenzo Gubian, CIO of the Veneto Region’s Healthcare System: “The biosurveillance system developed by Engineering allowed us to monitor the spread of the pandemic in real time, and provided us with data that could be used to predict its effects in advance. All this allowed us to take preventive measures in order to manage the emergency system, thereby preventing further infections, limiting the number of deaths and, above all, saving human lives.”

Paolo Pandozy, CEO of Engineering: “I would like to thank the Veneto Region’s doctors and healthcare workers, as well as all of their colleagues fighting this virus on the front lines in every other region. Knowing that our work has been able to help them is the most gratifying reward that we ever could hope for.
I’m very proud and grateful for what my extraordinary colleagues have accomplished, working literally by the customer’s side. Together what they’ve done has been extremely valuable, both for the initial monitoring of the epidemic’s most critical phase, and now for the safe launch of “phase 2.” Eng-DE4Bios has demonstrated such incredible flexibility and speed of implementation that numerous countries throughout Europe and overseas are evaluating its application.”

The Digital EnablerTM   is Engineering’s ecosystem platform, developed based on open source components of the FIWARE* platform, which is considered a global standard for the development of digital applications upon which new business and service management models, both public and private, can be based. The Digital Enabler allows for the integration, harmonization, and synchronization of data from different sources and in different formats, thereby allowing them to be associated and consequently viewed, combined and analyzed extremely quickly and easily in order to build value-added services. Services, based on data and knowledge, that have become essential throughout this phase of our society’s transformation. Thanks to these main pillars, Eng-DE4Bios was able to offer the Veneto Region a unique perspective, with various controlled levels of access based on roles and responsibilities (task force members, local health office operators, General Practitioners Doctors, Competent Physicians at the workplace). In this manner, they were able to determine the citizens upon whom to preventively carry out targeted swab tests in real time (thus preventing precious resources from being wasted), starting with the positive results obtained from each individual microbiology laboratory in the area, by cross-referencing and analyzing the personal and healthcare data contained in separate applications and databases already in use throughout the territory.
In limiting the contagion, the possibility of immediately seeing the positive cases and their relationships has proven to be extremely valuable, and is not offered by any other control system used in other regions. The possibility of acting upon integrated data has also allowed the Veneto Region to implement several known epidemiological models, and this has improved the management of the crisis thanks to the possibility of making reliable forecasts in terms of the trend of the hypothetical curve (and therefore of the peak) and the management of the intensive care treatments for each individual hospital.
The biosurveillance system is more fundamental than ever for the post-lockdown phase 2; the possibility of monitoring in real time not only the results of the molecular tests but also the results of the serological tests (quantitative and qualitative) will make it possible to have, in addition to important numbers on the level of possible immunity of the population (to be confirmed with molecular tests), widespread control of the territory through the monitoring of the onset of new clusters (both familiar and in the workplace), allowing application of the region's protocols for the safe recovery of production activities.

Privacy
Eng-DE4Bios uses exclusively personal and clinical-health data. These data are already in the possession of the Regions and the Local Health Offices (ULSS) for treatment reasons, and the Regions and Local Health Offices are authorized to access and analyze them. Their aggregation and analysis falls within the scope of the epidemiological investigation activities for which the healthcare structures and the administrative public health protection bodies are responsible. This use of the data is even compliant with article 9.2.i of the GDPR.

THE ENG-DE4BIOS SERVICE DEVELOPED FOR THE VENETO REGION: A DETAILED DESCRIPTION

The Eng-DE4Bios service developed for the Veneto Region and Azienda Zero helps the Regional Administration manage the epidemic by providing:
• General Practitioners with a real-time overview of the people they have assisted and who have undergone COVID-19 tests, complete with the results and rapid geolocation of all cases on a map;
• the emergency management task force with an up-to-date overview of all the monitoring data in real-time:
- aggregated data on the results of the swab tests carried out (positives, negatives, tests requiring further investigation, totals), with details about the individual microbiology labs carrying out the tests;
- aggregated data on the results of both quantitative and qualitative serological tests (rapid tests) with details relating to all the laboratories that carry out both public and private accredited tests;
- aggregated data about people, broken down by “current positives” (people with at least one positive swab test), “recovered” (people who have had one positive swab test followed by two consecutive negative swab tests over time), “negatives” (people whose swab tests have exclusively tested negative on one or more occasions), and “total population with swab tests” (the total number of people who have undergone at least one swab test). This detailed aggregate information is also rendered available by Municipality and by assisting health care company;
- the demographic context (age groups, population under screening, infected population, etc.)
- the trends of the epidemic (number of infections, number of recoveries)
- a correlated database of the population with the possibility of performing multiple queries by results, doctor, local health office (ULSS), Municipality, assisting local health office, sampling date, medical report date, etc.
- a map with the georeferencing of positive cases, aggregated by territorial incidence, and navigable until the individual case is identified;
• the individual Healthcare Companies’ crisis units with the same monitoring previously described, but with the data pertaining exclusively to that specific local health office’s patients;
• Competent Physicians at the workplace with a real-time overview of the workers for whom they are responsible and their status with respect to the tests carried out (whether molecular or serological), in order to monitor the safety conditions at the company.


The system can also be used to:
• provide real-time information about the status of the infected population (numbers of people infected, recovered, deceased, hospitalized, hospitalized in intensive care)
• constantly monitor all the tests performed, whether molecular or serological
• monitor the spread of the virus among healthcare workers and their operations (infected operators + isolated operators), with the possibility of observing decreases or increases in the operational workforce;
• monitor the spread of the virus at nursing homes for the elderly, by monitoring the numbers of patients tested and the number of infections, recoveries, and deaths;
• provide a contact tracing service, which, in relation to a positive case, identifies those who have likely been exposed to infection by contact among members of the same family, and those domiciled at the same address, with the system indicating which of these subjects have already undergone testing and the relative outcomes, and which have not yet undergone the swab test, complete with the indication of those at greatest risk in terms of age group, pre-existing conditions, etc.
• provide a service which, in relation to a positive case, identifies whether the person is a worker, in order to allow for the reconstruction of the clusters of potentially infected people.

Epidemiology
The systematic collection of all this information allows for the creation of a database for implementing different types of epidemiological models, which can be used to represent the possible trends of the epidemic. These models have been implemented using the Anylogic modeling software, an application that allows the epidemic to be automatically calibrated and simulated, with the possibility of forecasting the different scenarios whenever the models’ parameters are changed.
Below is an example of the calibration and model runtime of an implemented SEIR model (image data redacted).

BACKGROUND ON BIOSURVEILLANCE SYSTEMS
Biosurveillance is a medicine-related field in which the detection of pathogens and their resistance are regularly monitored, and the information is routed to a central system for the analysis and understanding of the epidemiological phenomenon.
Biosurveillance is the process of collecting, combining, interpreting and communicating essential information concerning disease-related threats, dangers, or activity affecting human, animal or plant health, in order to obtain early observations and warnings. It promotes and contributes to an awareness of the overall health/clinical situation, and provides for a better decision-making process at all levels.
It’s a means for anticipating epidemiological phenomena and their consequences or pathological events, as well as for directing activities aimed at improving emergency management. The process is not cyclical, but is dynamic and interacts at various levels, for an ongoing contribution and a prolonged effect.
Today’s Biosurveillance systems allow for heterogeneous data sources to be combined in order to create databases for performing Advanced Data Analytics, building and applying epidemiological models, carrying out real-time geolocation of specific health/clinical phenomena, and generating predictive contagion maps.

*BACKGROUND ON FIWARE
The FIWARE Foundation arose from a major European public/private sector collaboration program, and Engineering is one of its four founding partners (together with Atos, Telefonica and Orange). It’s the creator of the namesake open source platform recognized as a global standard for the development of digital applications upon which to base new business and service management models in both the private and public sectors. The open source, open standard and royalty-free approach differentiates FIWARE from other market platforms controlled by American or Asian big tech companies. Hundreds of applications for cities (parking, air quality, bike sharing), for industry 4.0, for energy and for precision agriculture are now in production all over the world thanks to FIWARE. FIWARE technologies have been formally adopted by the European Commission as one of the constituent elements for the development of digitization policy.
FIWARE currently has over 400 members worldwide, working together to develop and define standards on which industries and public or private organizations can build and share interoperable and easily exportable “smart” solutions at the international level.
The work carried out by the FIWARE ecosystem covers all the major issues crucial for supporting and designing the strategic evolution of companies and public administrations: from Big Data to the Internet of Things, including Cloud Computing, Security and Artificial Intelligence.
Engineering’s Digital Enabler platform is based on FIWARE components and standards. 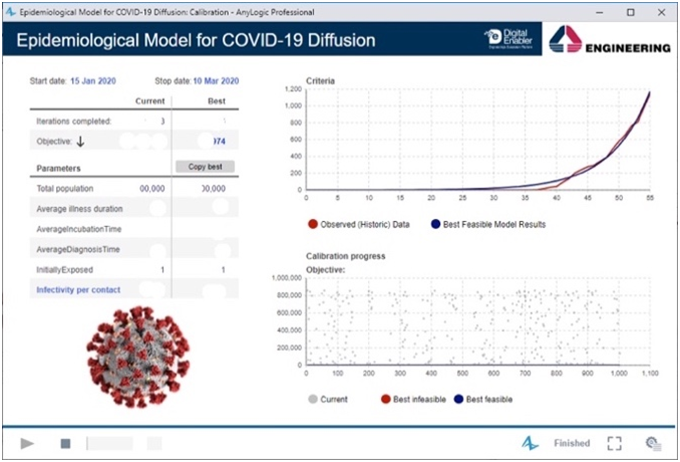 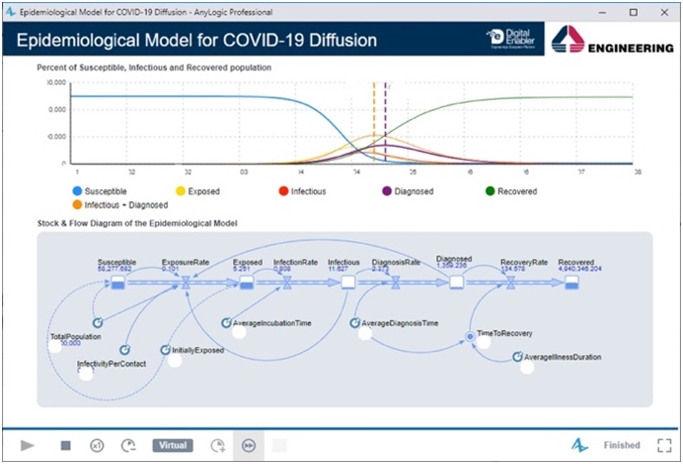 Engineering redesign a new healthcare, e-health and telehealth for new opportunities of cure, care and prevention.